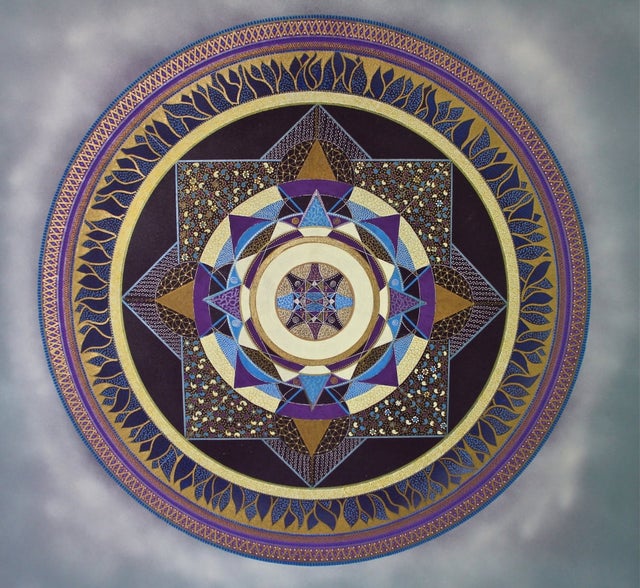 The idea of paradise as a garden is a very ancient one, pre-dating the three great monotheistic religions, Judaism, Christianity and Islam, by centuries. Within the Islamic context the key elements of flowing water, shade and exuberant foliage powerfully convey ideas of both spiritual and physical refreshment.

One of the first references of a paradise garden can be found in the first writings known to man, dating from around 4000 BC during the Sumerian period in Mesopotamia. The Babylonians in turn described their divine paradise in the Epic of Gilgamesh (2700 BC) : “In this immortal garden stands the tree … beside a sacred fount the tree is placed”.

The word ‘paradise’ comes from the Persian word pairidaeza – the Persians being one of the earliest peoples to ,cultivate and maintain gardens. Petri means around and deaza means wall, thus the word suggests an area isolated from its surroundings, enclosed by walls.

The term “Garden of Eden” suggests the spiritual peace and harmony of man’s primordial state. Gardens of Eternity, Delight, Bliss, Refuge. “Gardens underneath which rivers flow”. On one level this evokes the literal image of water flowing beneath in order to irrigate the flowerbeds, but on a deeper level it suggests the nurturing of the ‘garden within’ by the ever-flowing waters of the spirit which purify the soul.

Indeed, water is symbolic of the soul in many traditions, reflecting the soul’s ability to renew itself while remaining true to its source. When contemplating this mandala, the upper square feels like this walled garden of human consciousness. The square beneath brings to mind water flowing beneath this garden. We plant seeds in our gardens in order for them to grow, and so too we plant seeds in our consciousness to expand our realities, to bring us to a higher plane. Other seeds are not deliberately planted, but are blown by the wind or dropped by the birds. So too is our consciousness affected by all around us.

This mandala asks, what seeds are you planting in your garden? Are you nurturing them by allowing the river to flow effortlessly beneath?