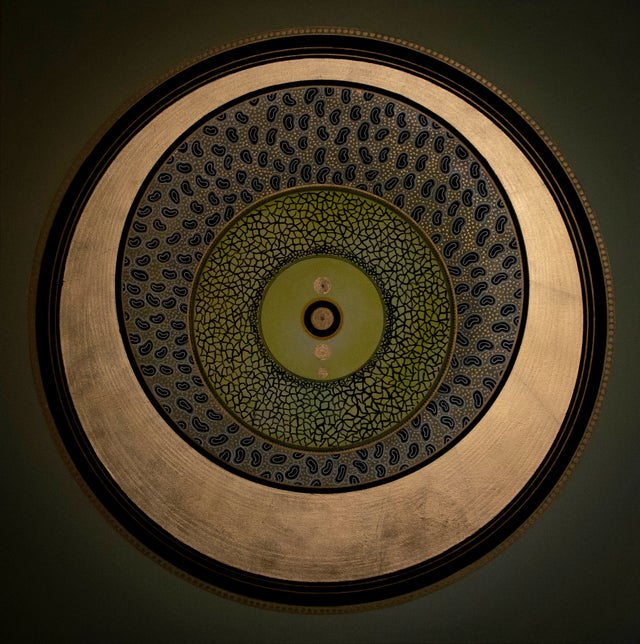 This is a piece created using gold leaf, which was just gorgeous to work with. It’s called “Lunulae” and I had lots of synchronicity and connections made during the creation process.

I absolutely love the gold leaf and the way it catches the light. I’ll definitely be using it more often...It’s so opulent! It feels like the Celtic Torc, a neckpiece often worn by Celtic chieftains in times passed. In the National Museum here in Dublin, where you can see pieces dating from 2200BC to 500BC...they are so beautiful, but must have been heavy around the neck and so were presumably for ceremonial dress.

From @nationalmuseumofireland “During the Early Bronze Age the principal gold products were made from sheet gold, and include sundiscs and the crescentic gold collars called lunulae.

Around 1200 BC new gold working techniques were developed. During this time a great variety of torcs were made by twisting bars or strips of gold.

Styles changed again around 900 BC - the Late Bronze Age - and the goldwork of this period can be divided into two main types. Solid objects such as bracelets and dress-fasteners contrast dramatically with large sheet gold collars and delicate ear-spools.”