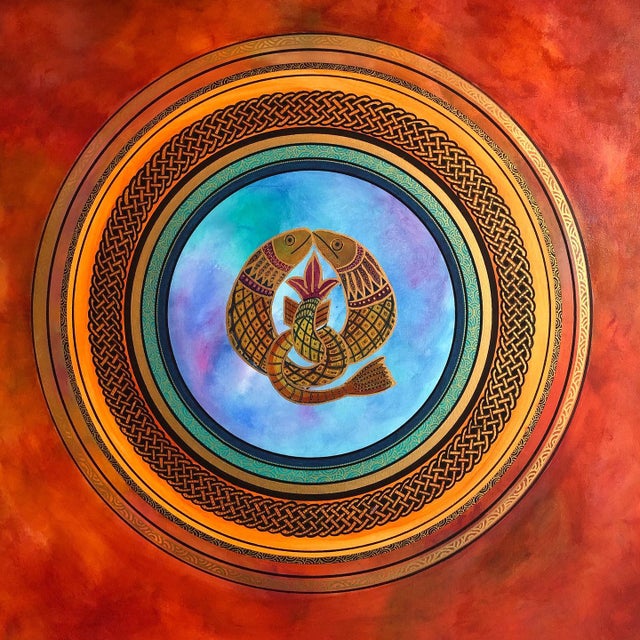 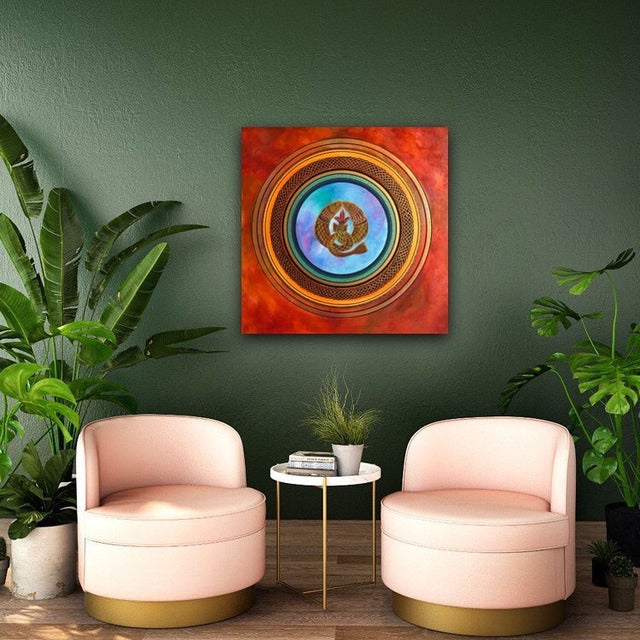 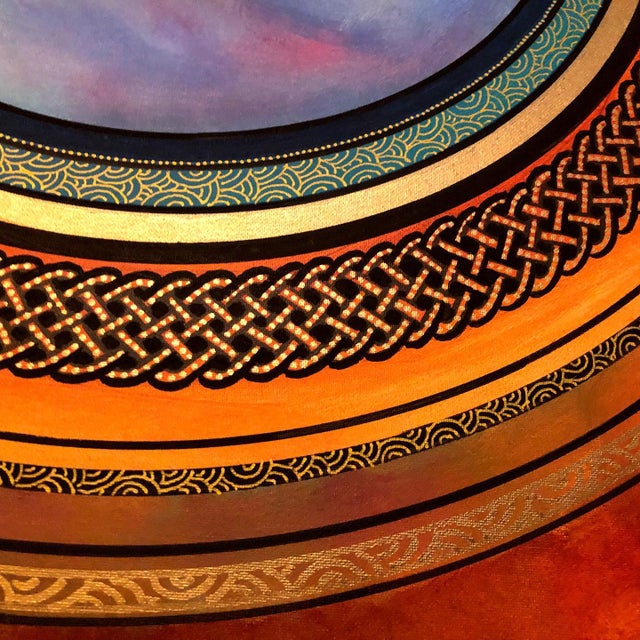 I’ve really enjoyed creating this piece to invoke the energy of wisdom through the Celtic symbol of the Salmon of Knowledge.

You can read the story below thanks to visitlouth.ie for the information.

Fionn MacCumhaill - also known as Finn McCool, became the leader of Na Fianna, a band of warriors responsible for the safety of the High King of Ireland. His fame is most notable in relation to two stories The Salmon of Knowledge and his role in The Pursuit of Diarmaid and Grainne. The Salmon of Knowledge (in Irish, An Bradán Feasa) is a creature from the Fenian Cycle of Irish Mythology.

According to Irish mythology the first thing to ever come into creation was a hazel tree, and in it's branches was contained all the knowledge of the universe. This hazel tree flourished over the Well of Wisdom within which lived a great speckled salmon.

The story goes that the salmon ate the hazel nuts which fell into the well, acquiring all the wisdom of the universe. It was foretold that the first person to catch and eat the salmon would gain this knowledge and that a man by the name of Fionn would be the one to do so.

Nonetheless, many tried and failed, until a poet named Finnegas having spent seven years fishing the Boyne caught it. Finnegas instructed his apprentice, a young boy named Deimne Maol, to prepare it for him. Deimne burned his thumb bursting a blister on the cooking salmon.

Instinctively he put his thumb into his mouth to ease the pain and in an instant acquired all its knowledge. When Dimne brought the cooked meal to Finnegas, his master saw something in the boy's eyes that had not been there before.

The boy admitted his accidental taste. What the old poet hadn't known was that Deimne had another name, given to him by his mother - Fionn. It was this incredible knowledge and wisdom gained from the Salmon of Knowledge that allowed Fionn mac Cumhaill to become the leader of the Fianna, the famed heroes of Irish myth.